Editor’s Note – Check out this old farmstead that has been resurrected as the headquarters of the Urban Farming Institute.

This article was originally posted on Seedstock and written by Anne Pyburn Craig. 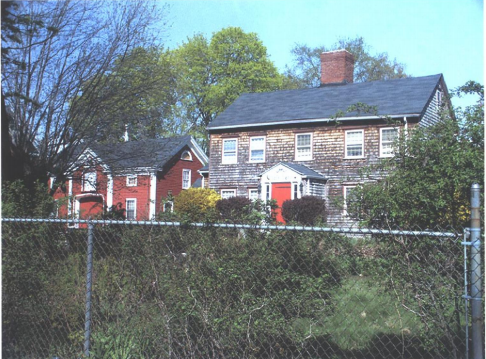 Just two summers ago, the historic Fowler Clark Epstein Farm in Boston’s Mattapan neighborhood had been seized by the city. The farmhouse, built sometime around 1800, was crumbling with broken windows. It was surrounded by tangled overgrowth. But in September 2015, community members gathered there for a celebration of a new future for the farm as a cornerstone of the community – and as a source of healthy food.

Thanks to a partnership between Historic Boston Incorporated, the Trust for Public Land and the North Bennet Street School, the property is being reborn as the new headquarters of Boston’s Urban Farming Institute.

“The thrill of this property is that it will be a true headquarters for us, a place where our farmer trainer can live onsite, manage the farm, create classroom programming, have a greenhouse, and have a farm stand in-season,” says Barbara Knecht, UFI’s project leader for urban farm site development.”We have been using different venues for training, and we’ll finally have a place of our own.”

The UFI and the Trust for Public Land, she says, had been partnering for several years.  By adding Historic Boston Inc. and the North Bennet Street School, which has a preservation carpentry program, to that partnership, the preservation and restoration of the center is now a reality.

“HBI had had their eye on this property for some time,” says Knecht, “and they were the natural purchaser. They spent some time thinking about the best use, and they felt that to make it a farm again would really tell the story. Once we all started working it out, things happened really fast – we started talking in November and we had the deal put together by March.”

According to a press release from the mayor’s office announcing the city of Boston’s $150,000 contribution to the $3 million dollar project, the Trust for Public Land will build the farm’s planting beds and prepare the site; while the Urban Farming Institute will be the primary tenant and operator of the property and urban farming center after rehabilitation. Students and instructors from North Bennet Street School’s Preservation Carpentry program will stabilize the historic barn and restore historic elements on both the barn and the house.

When the renovation is done, UFI will be able to centralize the operations of its popular farmer training program.

“One of our focuses is job development; we get people ready for food system jobs and micro-farming,” says Knecht. “We focus on farming, but the skills development and the entrepreneurship piece of it is transferable to a number of other areas for people who don’t go on into a farming apprenticeship. The reception we get, the enthusiasm, and the number of people interested is phenomenal.”

The renovation will put the land back into local food production, create classrooms for educational programs and a residence for an on-site farm manager in the historic house. A demonstration kitchen and offices will be installed in an 1860s-era carriage barn, along with greenhouse and a seasonal farm stand with fresh produce.

“We like to talk about it as bringing 21st century farming back,” says Knecht, whose professional background is in architecture and sustainable urban design. “Urban neighborhoods are under-resourced for open space; this offers all kinds of possibilities for rainwater and stormwater management. Then there is the positive impact of the green space on air quality. Boston is doing something brilliant, that I’m not sure is being done in other places – they’re working hard on a lot of small lots integrated throughout city neighborhoods. Ground level farms are very visible; people get curious and excited and stop to talk, and learn and make human connections.

“In our generation, we’re familiar with parks, playgrounds, and parking garages, but what we’re co-creating here is actually a new type of land use. It’s not quite a store, yet it is definitely a commercial enterprise. Community gardens were an important precursor; the next level is a commercial enterprise featuring hyperlocal food.  It’s a hard concept for some people to put their hands on; putting the whole enterprise in one place makes it much easier for them to comprehend.”

Knecht notes that in the culturally diverse and economically challenging neighborhood of Mattapan, people are enjoying seeing the former eyesore begin to take new shape.

“There’s already a lot of excitement in the neighborhood, and it’s fun to be a part of,” says Knecht. “We’ll probably bring a couple other like-minded non-profit organizations in to share the space, create synergy. But we already had a neighborhood barbecue in August with eighty people showing up to hear about our plans.”