Editor’s Note – Perhaps we can apply lessons we think of as relevant for developing countries to ourselves. These lessons (agroecological practices, farmer experimentation, etc.) are just as relevant to farmers in industrialized settings, especially yardfarmers.

This article was originally posted on The Conversation and written by Rachel Bezner Kerr.

Scientists, politicians and the Pope are not the only ones calling for action on climate change these days. Farmers are observing changes in rainfall, temperature and other patterns in weather that have spurred them into shifting their farming methods. In fact, while climate change is not a source of scientific contention, how to farm in the future is a hot topic in the scientific realm.

As a social scientist with a background in soil science, usually working in collaboration with other scientists as part of a transdisciplinary approach, I’ve studied different agricultural methods with small-scale farmers in Africa. Perhaps surprisingly, I’ve found that certain low-cost and low-technology techniques, combined with community-led education, offer the most promise. 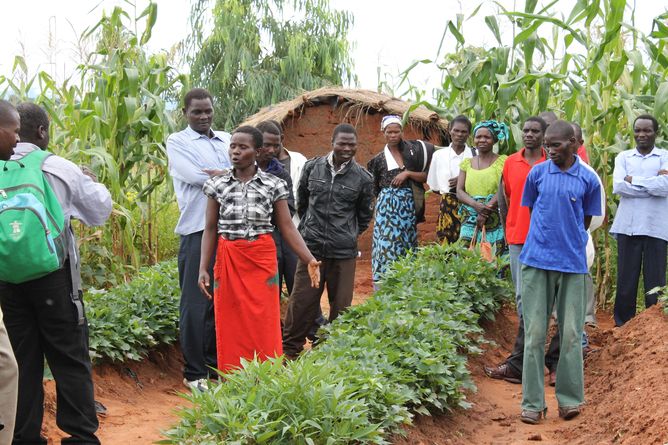 Farming, it turns out, produces high levels of greenhouse gas emissions – fertilizers, tilling soil, pesticides and livestock production are responsible for about one-third of global greenhouse gas emissions. At the same time, increased global temperatures are expected to have dramatic impacts on our current abilities to produce food. In Africa, some scientists predict crop yields could be reduced by 20% or more unless changes are made.

Some call for “climate smart” agriculture, which sounds a little bit like more and improved. There could be a number of improvements: fertilizers and pesticides, but applied with greater efficiency; cell phones for farmers in poor countries to get up to date weather advice; genetically-modified seeds that are more drought-resistant.

To be sure, the conventional cocktail of fertilizer and herbicides will help some farmers increase food production in the short term – if farmers can afford these inputs. 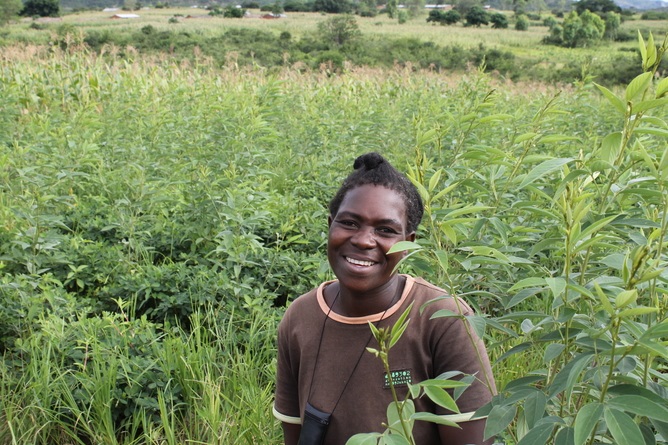 Farmers who use agroecological methods have been more resistant to fluctuations in weather. Jessie Kaunda, a participating farmer, standing in her pigeonpea and maize field in March 2014. (Photo Credit: Carmen Bezner Kerr)

For many poor farmers, though, such methods would only increase their costs and debt, making it harder for them to compete and leaving them in a more vulnerable situation.

Such was the story of the last Green Revolution from the 1930s to 1960s. The environmental costs of these technical improvements are well known – increased water pollution, reduced biodiversity, and increased greenhouse gas emissions. So not really a “smart” solution at all.

Studies have also shown that agroecological methods can build resilience in the face of climate change. Hurricane Mitch, one of the five most powerful hurricanes of the century in the Caribbean, caused over 10,000 deaths and over $6.7 billion in damage in 1998. But it came attached with a small blessing: a chance to see whether farm techniques mattered for recovery. Scientists at the University of California, Santa Cruz found that farmers using agroecological methods before the hurricane had more vegetation, lower soil erosion and less economic loss.

Other studies examined the impacts of different farming practices on the response to hurricanes and droughts in Mexico, Tanzania, Sweden and Cuba, all of which found that agroecological methods helped farms withstand damage and recover faster).

The Soils, Food and Healthy Communities project– in which I’ve been a collaborating partner – has been teaching agroecological methods in hundreds of Malawian villages over the last fifteen years and the results have been impressive.

Farmers started planting crops that enhance soil fertility such as peanuts, beans and pigeonpea, which provide a food source as well as other benefits such as a source of cash, livestock feed and even fuelwood. Families had improved child nutrition and food security was enhanced as well as land quality. These methods are now expanding to thousands of farmers through the Malawi Farmer to Farmer Agroecology project.

Anita Chitaya is one such farmer. Two years ago, Anita Chitaya faced a tough decision: help her neighbors survive that summer or ensure her family survived for the next two years. Severe drought had decimated her northern Malawi village’s food supply and many of her neighbors’ crops had failed. Unlike everyone else though, she and her husband had enough harvest to last several years, with a bounty of corn, millet, groundnuts, beans, soya, sweet potatoes and cassava. Why? Because Anita had supplied her soils with a rich source of organic material from crop residue. 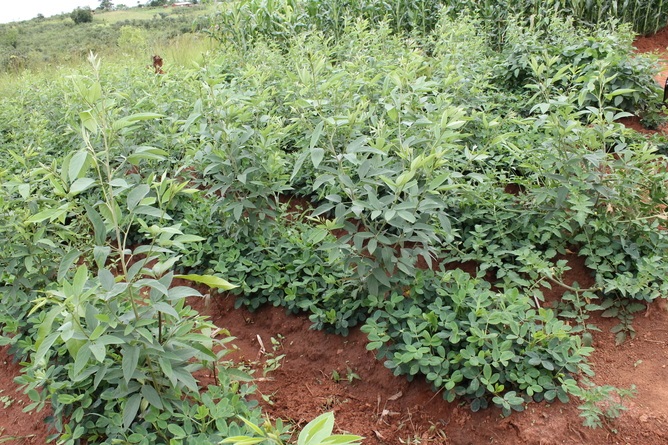 Mixing it up: a field of pigeonpea, a shrub that produces peas and improves soil as well as fuelwood, along with peanuts in March 2014 in Malawi. (Photo Credit: Carmen Bezner Kerr)

She used innovative farming techniques such as growing different soil-enriching legumes and rotating her crops. Her hard work led to improved soil quality, which allowed her to grow a wider diversity of crops, and as a result, minimize risks. It turns out that diversifying crops can play a crucial role in helping rural communities adapt to climate change.

At the same time, there have been many challenges. A wider range of crops means a farmer needs greater access to seeds and knowledge about how to grow and cook these foods. The farming practices can also be more labor-intensive. Burying the leaves and branches after harvest, for example, often requires a shift in post-harvest activities.

In order to ensure that new activities are not just increasing women’s workload, and in turn reducing their time for other important activities such as breastfeeding or child care, we’ve established community-organized educational activities, such as village “crop residue promotion” days. These events have been important for sharing knowledge and encouraging all household members to get involved.

Anita joined at a time when her family had poor soils, low food supply and her children were malnourished. She took up the call for experimentation, trying all sorts of different combinations in her fields, and also became a farmer research leader, teaching other villagers about what she was learning. Thanks to her and other farmer researchers, we now have a far better understanding of what methods for farming can be successful in climate change-ravaged areas.

Indeed, farmer-led experimentation – having them learn on the ground what works in their fields – has been an important part of our success. Farmer-to-farmer teaching is another key ingredient, along with community strategies to address social inequalities such as gender discrimination, that prevent these farming benefits from reaching the most vulnerable groups.

However, Anita and her colleagues face an uphill battle. This year the Malawi government has indicated that overall crop yields will be even lower, by almost one-third, due to drought in the north and floods in the south. Recent reports anticipate severe impacts, particularly on the poor in the next few months. In a country in which the majority of people grow at least half of their own food supply, this news suggests that the coming year will be grim for Anita’s village and many more families across the country.

The most recent climate change studies leave no room for doubt that human activities primarily in the Global North release carbon and other greenhouse gases into the atmosphere, leading to unprecedented shifts in climate: rising temperatures and consequently increased droughts, floods, unpredictability of precipitation and rising sea levels. A recent study found that Africa contributes about two percent of all greenhouse gas emissions, and that is only based on current emissions, not even taking historical emissions into account.

It is not too late – and certainly not too soon – to take heed of Anita’s example, and to support this innovative, farmer-led approach to adapting to climate change, while working to reduce our own climate impacts on our shared planet.

About the author – Rachel Bezner Kerr works for the Department of Development Sociology, Cornell University and collaborates with the Malawi Farmer-to-Farmer Agroecology project.